The seeds of the UBC Division of Rheumatology were planted in the 1940’s. In 1948, Mary Pack, a British Columbian schoolteacher who was a pioneering advocate for rheumatic diseases, became the first Executive Director of CARS-BC – the British Columbia division of the Canadian Arthritis and Rheumatism Society (started in 1947), which was renamed The Arthritis Society in 1977. CARS instituted a Fellowship to allow physicians to study abroad under leading rheumatologists, and then bring the knowledge back to British Columbia. 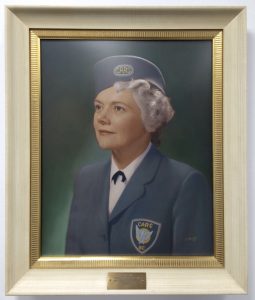 In 1949, the first four hospital beds dedicated to rheumatology patients opened at Vancouver General Hospital, and in 1950 the first six dedicated rheumatology beds were opened at St. Paul’s Hospital. The first dedicated Rheumatology clinic in Victoria was also started in 1950. In 1951, Dr. Cecil E. Robinson, one of the first recipients of the CARS Fellowship, was made the first head of Rheumatology at Shaughnessy Hospital, and was appointed medical director of the Canadian Arthritis and Rheumatism Society of British Columbia.

Rheumatology was one of the earliest subspecialty divisions formed in the Department of Medicine (itself formed in 1950) at the University of British Columbia. In 1960, Dr. Denys K. Ford was recruited to the endowed Cunliffe chair as Head of the Division and as the Research Director of CARS-BC. Dr. Ford graduated in medicine from Cambridge University in the U.K. in 1953. He worked at the London Hospital, England, and at New York University Bellevue Medical Centre, where he completed his rheumatology fellowship. In 1957, having moved to Vancouver, he became a member of the UBC Faculty of Medicine, working at Vancouver General Hospital as a fellow in clinical investigation. Dr. Denys Ford was Head of Rheumatology for 23 years. The Division was small at its inception in 1960, with only three rheumatologists, Drs. J. Philip Gofton, Harold Robinson, and George Price. 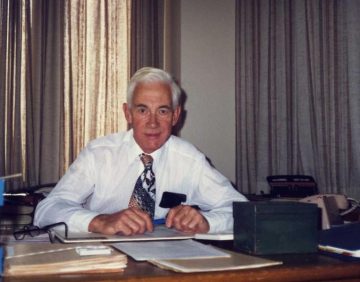 In 1969, CARS-BC opened a new facility, the Mary Pack Arthritis Centre, on West 10th Avenue, near Vancouver General Hospital. The multipurpose facility included ample clinical and administrative space, as well as physical and occupational therapy treatment and a hydrotherapy pool. The Centre became a hub for the provincial network of treatment, a training facility where arthritis health professionals could be trained, a home for the UBC Division of Rheumatology, as well as administrative offices for the Canadian Arthritis and Rheumatism Society of British Columbia (now The Arthritis Society of BC and Yukon).

In 1973, the UBC Division of Rheumatology formally received its first Royal College of Physicians and Surgeons of Canada accreditation.

In 1983, Dr. Andrew Chalmers was made the Head of the Division of Rheumatology, a position he held for 10 years. Dr. Chalmers was active in the University, being Vice Dean of the Medical School, responsible for undergraduate education, and for restructuring entirely the curriculum, in line with modern teaching methods.

Dr. Ian Tsang was Acting Head in 1993 to 1994, passing the baton to Dr. Caroline Patterson for 1994-96, during which time an intensive recruitment effort resulted in the appointment of Dr. John Esdaile as the Professorial level. At this time both Drs. Jolanda Cibere and Diane Lacaille were trained and recruited, enhancing the research expertise in the division as they proceeded to the PhD and Master’s level respectively. As well, Dr. Kam Shojania, our current Division Head, trained during these years.

Dr. John Esdaile accepted the positions of Head of Rheumatology and Program Director of the Rheumatology Postgraduate Training Program at the University of British Columbia. At the same time, he became Director of Research at The Arthritis Society, BC & Yukon Division. Dedicated to expanding Canada’s role in arthritis research, Dr. Esdaile was largely responsible for developing and establishing the Arthritis Research Centre of Canada (now known as Arthritis Research Canada), of which he was named Scientific Director in 2000.

Arthritis Research Canada (ARC) was created in 2000 by the Board of The Arthritis Society, BC and Yukon Division, in recognition of the tremendous potential that research can bring to arthritis treatment in Canada, and indeed, the world. In April 2002, ARC became an independent organization that is affiliated with UBC and continues to work closely with The Arthritis Society for the benefit of all people with arthritis.

The Division of Rheumatology has come a long way since the vision of Mary Pack in 1948. The future of the Division is bright with new, strong clinical rheumatologists, internationally-renowned researchers, and the second-largest training program in Canada. We strive to provide excellence in clinical care, teaching and research. There are consistent breakthroughs in our understanding of the rheumatic diseases and outstanding new therapies are available for patients in BC with many more are becoming available still. Yet we continually fight the misconceptions from the lay public, administrators (and other physicians) about the rheumatic diseases. Improving the knowledge about these diseases will help ensure consistent research and clinical funding for patients with arthritis in British Columbia.

Now in addition to the outstanding knowledge gained from Arthritis Research Canada, the UBC Division must train future Rheumatologists to treat the increasing number of British Columbians with arthritis, not just in the urban centres, but throughout B.C.  This is in accordance with the vision of those who went before us, especially Mary Pack.